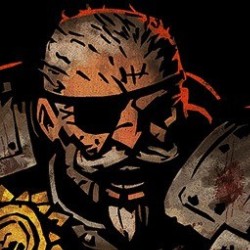 I'm an audiophile and a (very) amateur musician who knows quality when I see, hear, and feel it. The Apogee Groove is a super portable AMP/DAC designed with musicians, producers, and audiophiles in mind, and that simply oozes quality and class. Sure, it's expensive, coming in at or near $299, but that cash buys you a premium device that's designed and manufactured in the United States, built like a tank out of solid aluminum, uses some rather unique technology, and that sounds absolutely fantastic.

Inside the Groove you'll find Constant Current Drive (CCD) tech which provides smooth consistent, frequency response with any pair of headphones, and eight 32-Bit ESS Sabre DACs (4 DACs per channel) that provide high dynamic range, low
distortion, and that support up to 24 bit/192kHz audio. Outside, the top of the Groove features two, beefy, rubberized buttons for adjusting the volume level, and several, small multi-color LEDs that indicate overall status and level input. On the ends you'll find a micro USB power port and a bog standard 3.5mm audio interface port.

First off, and this is super important (at least to me it is) this AMP is absolutely silent. Plug it into your laptop, plug in a decent pair of headphones, and enjoy the sweet, blessed silence. There's no hum, no crackling, and no buzzing. There's nothing but total, utter silence and it's absolutely brilliant. Sound quality is, as you would expect, outstanding. However, as with all things, this is highly dependent on what headphones you're using.

The Groove will make a pair of 150 Ohm Sennheiser HD660S sing, but it cant quite pull off the same trick with the 300 Ohm Sennheiser HD800/S which require twice as much power or 600 Ohm monsters like the older Sennheiser HD600 or the beyerdynamic DT 1990. Still, the Groove manages to put out a respectable 71mw of power at 300 Ohm. That matches the much pricier Chord Mojo and handily beats the Dragonfly Red.

Don't get me wrong here, my HD800/S headphones sound great with this AMP/DAC combo. However, the sound stage was noticeably narrower when compared to something like my JDS Labs EL AMP/DAC stack which handles roughly 280mw at 300 Ohm. That's not a knock against the Groove by any means. This incredible little guy does an admirable job of powering my HD800/S, and it
sounds far better than any other portable AMP/DAC in the same price range.

If you're in the market for an ultra portable AMP/DAC combo that sounds great and is built like a tank, then then the Apogee Groove can't be beat. If your headphones are rated in the 100 to 150 Ohm range then you're golden. 300-600 Ohm? It's doable, and it'll sound far better than anything else the same size as the Groove. When you consider the overall size, portability, build quality, and technology involved, the Groove stands alone in an otherwise crowded playing
field. Highly recommended.